These pieces were created as I followed news of Israel’s attack on Gaza in December 2008 and the horror that I felt for people’s ability to flee but not escape danger. Sometimes there are no images to speak of destruction. Without knowing why, I began to print layers upon layers of Islamic motifs, capturing them in regal bronze and copper, to show their antiquity and endurance.

As I began to apply paint washes, I left the work outdoors, allowing the wind and rain to manipulate the paint. The structure of patterning was distinct against the randomness of human life. A large swatch was cut from one of the maps (the Green Line), severing it in two and forming the basis for the 20’ wall drawing, Diaspora.

The pieces began with my growing discomfort with war and its distinct impact on the Palestinian people. The work explores the erratic nature of dislocation. It looks at the human impact of war more than political discourse, and the way in which the two are inextricably linked.

Article – The Country Between Us 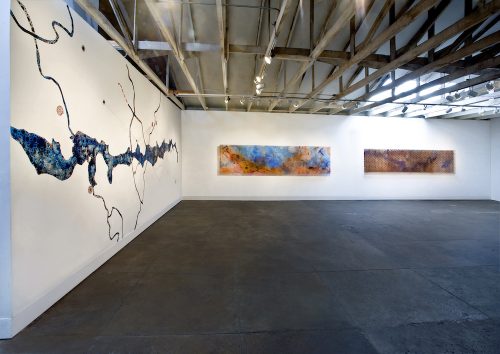 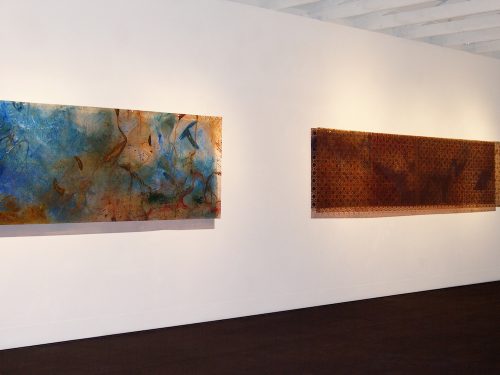 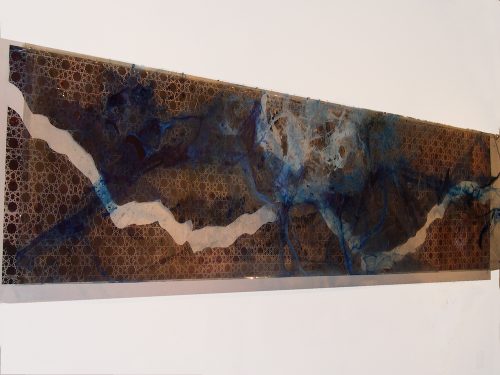 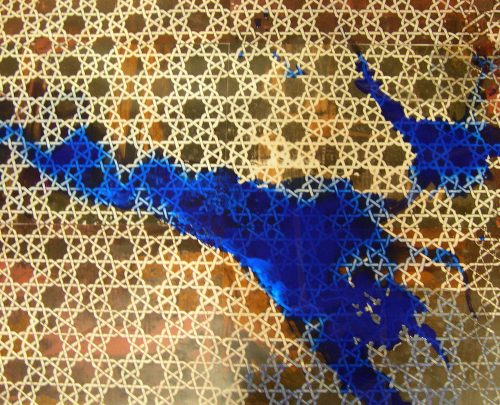 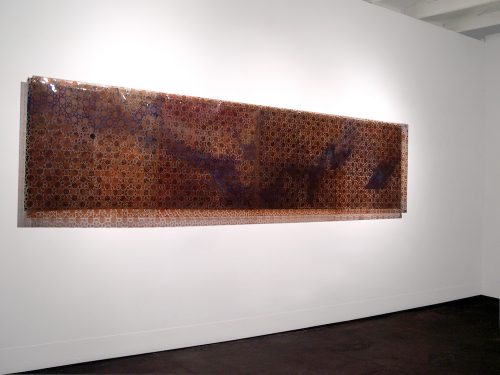 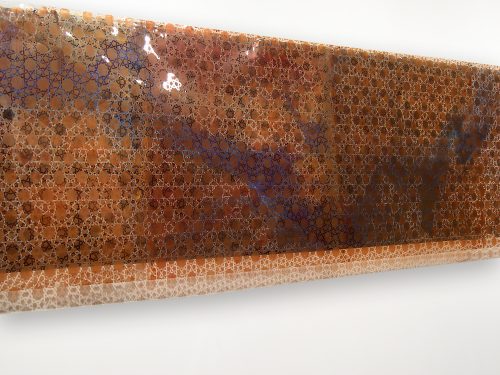 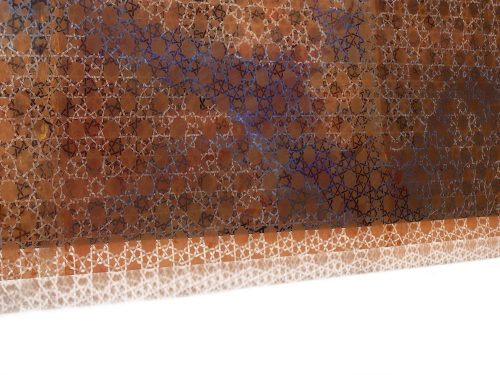 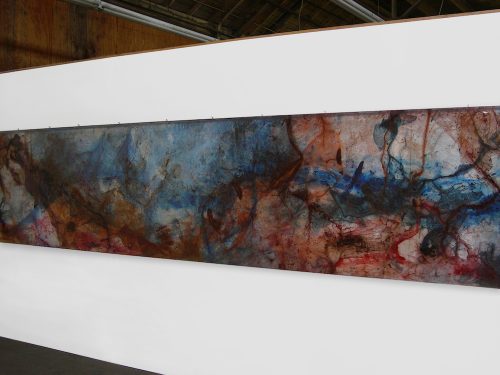 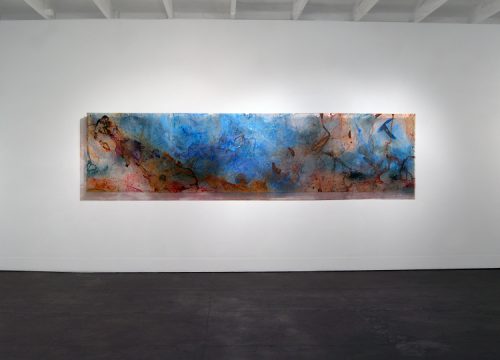 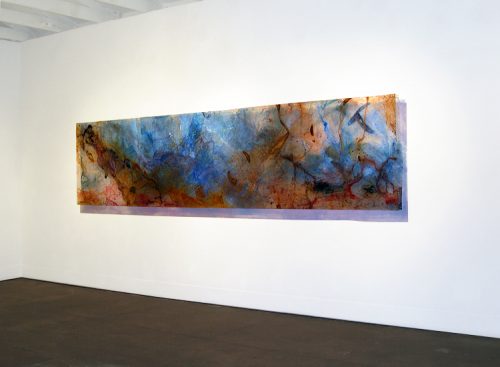 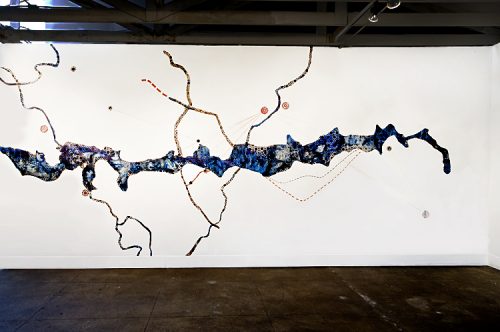 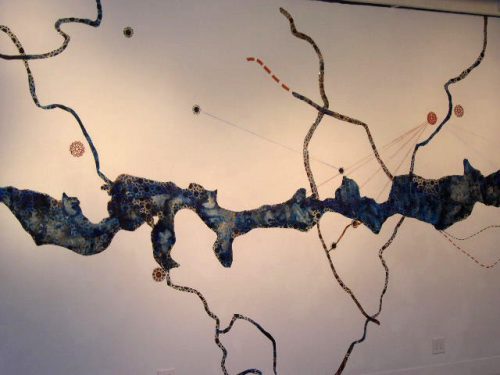 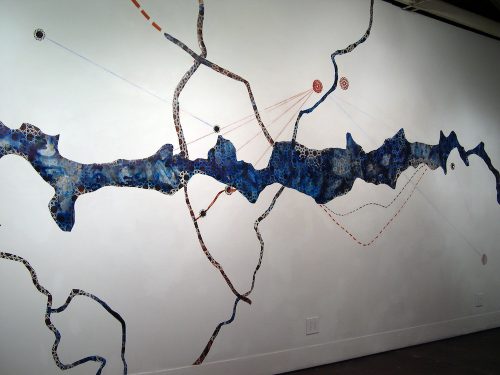