My early work as an artist used prints of maps to depict global diasporas and the way that memory and landscape are intertwined. Later, I began to deconstruct and reformulate maps, cutting them apart and stitching them together, a rewriting of landscape to coincide with a non-linear notion of time and the redefinition of geographical boundaries.

When I attended an artist residency in Costa Rica, I brought a series of blueprints, given to me by an Oakland-based architect. In the first pieces, completed at theJulia and David White Artist Colony, I drew scenes of flora and fauna directly on the blueprints, enjoying the interplay of structure and organic form, urban planning and wilderness.

When I returned to my Oakland studio six weeks later, the pieces turned into collages. Birds and flora drawn on map fragments were cut and collaged to redefine the structure of the blueprints. The earliest pieces gave way to an amalgam of urban planning in competition with botanical references out of place in the Oakland landscape.

These pieces, begun in Costa Rica and completed in Oakland, express a sentiment of modern life, increasingly at odds with the natural environment. A generous grant from the Marcus Foster Education Fund supported travel and research. 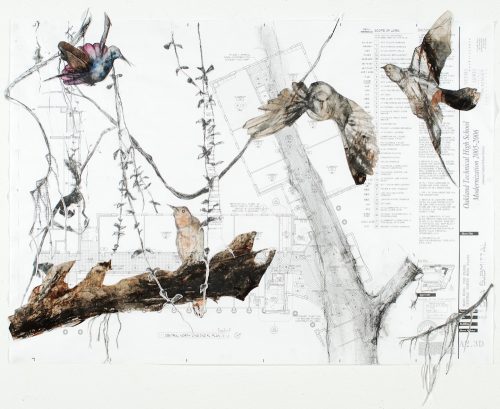 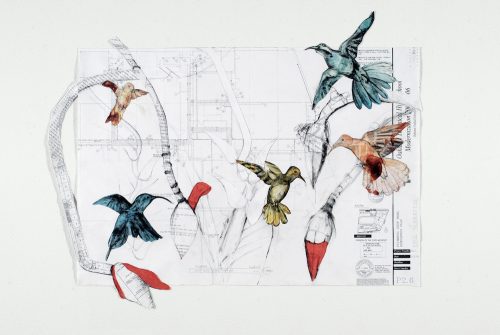 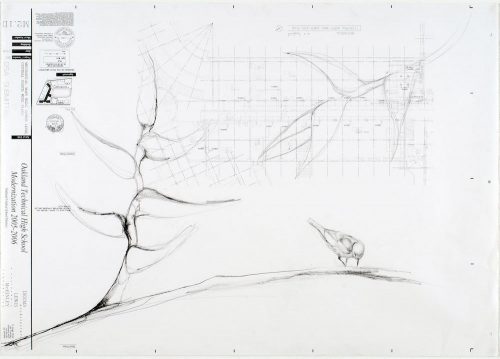 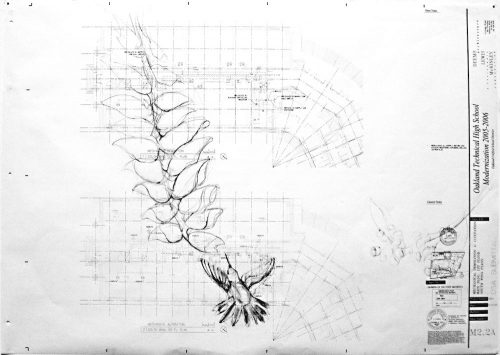 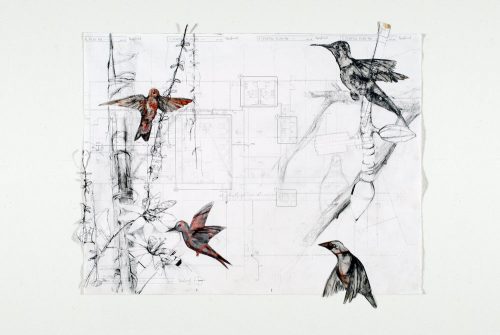